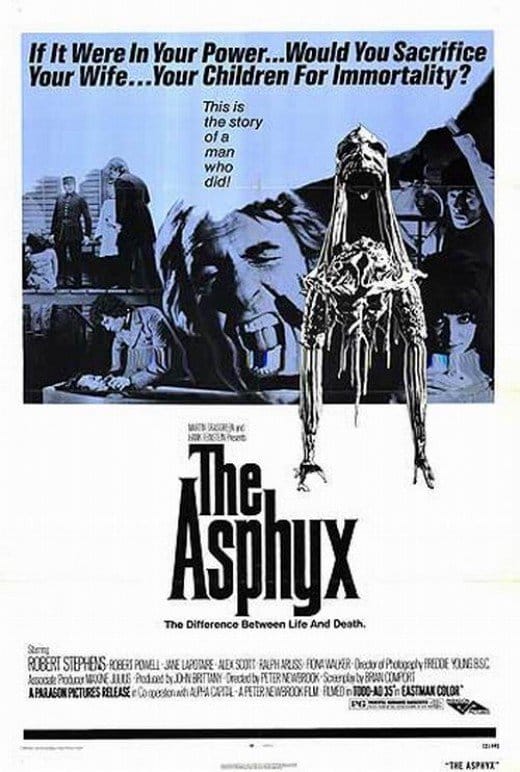 During the Victorian era a scientist look for the secret of the Asphyx, the sprit of the dead….
The only movie directed by a Camera and Electrical Department is an horror movie costume, gloomy and creepy with really scaring moment like the spirit hunting. To recover . The set was in the Shepperton studios the same used for “2001 space odissey“, “Alien“, “Blade Runner“. Starring Robert Powell. Aka “Spirit of dead” e “The horror of death”.
(Antonio DI CARLO)
Precedente The Legend of Lizzie Borden (Film) Successivo Alien from La (English review)